Visit us at the Glass House Gallery located in the Indiana Design Center - Carmel, In 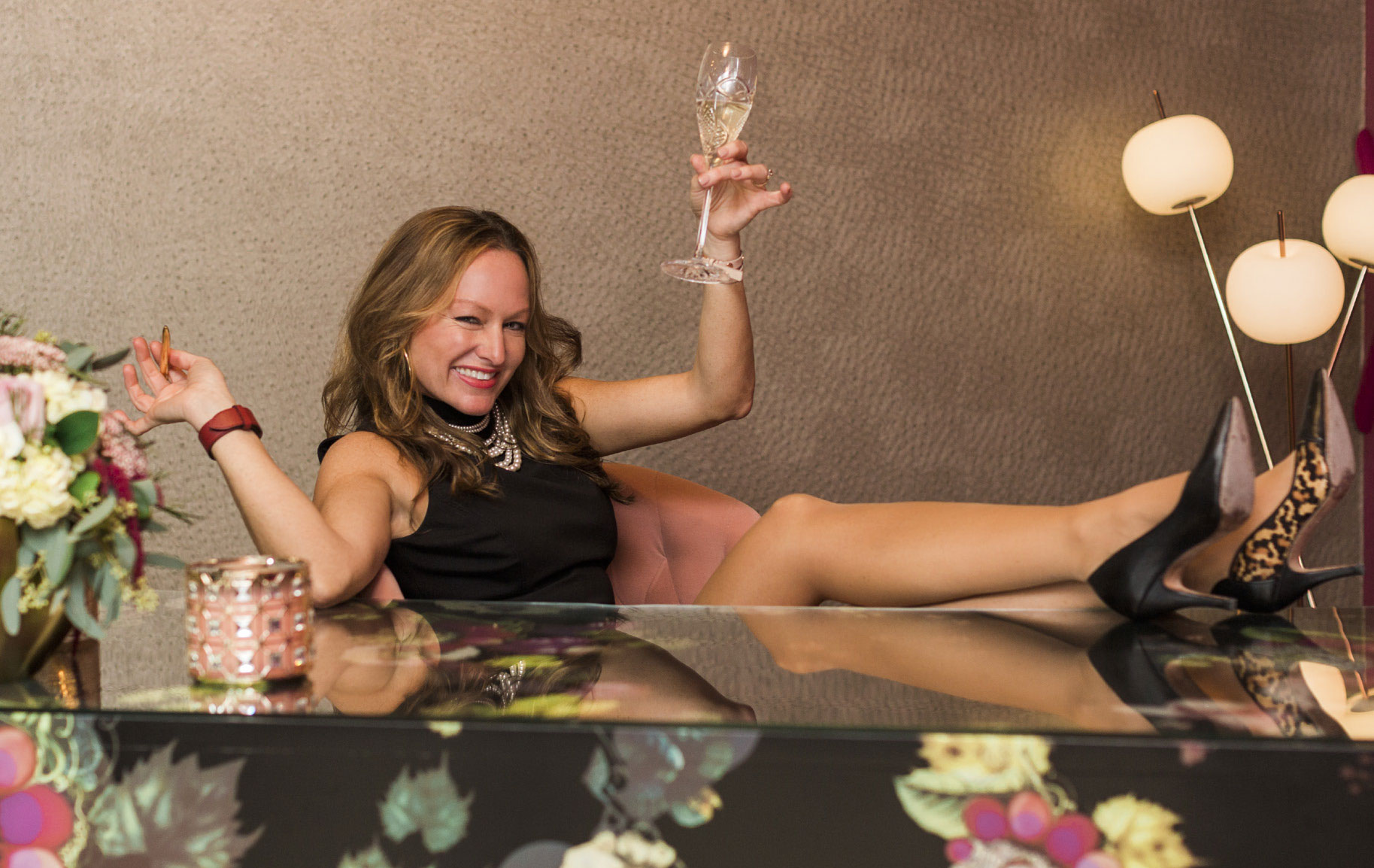 Cori and Scott Brown, owners of Franklin Window and Door (1069 3rd Avenue SW, Carmel), are embarking on a European tour of design grandeur, slated to arrive at the Indiana Design Center by early spring 2020. Their new design gallery, Lorenzo Finestre, will be your destination in grand style for Italian, Belgian, and Dutch windows and doors unlike anything else you’ve seen in the Midwest. And with Cori and Scott bringing these designs to the Indianapolis region and other nearby metropolitan areas, they’ve managed to put the Midwest on these European design manufacturers’ maps as a geographic magnet for style. “It’s not just Florida, New York and California anymore,” says Cori. “Indiana has taken its place on the cutting edge of sleek, 21st century European design.”

The road to Lorenzo Finestre appeared rather unexpectedly in front of Scott and Cori in early 2018, when Scott met Lorenzo Bona, founder of Limestone Economics, LLC, at a trade conference. “Lorenzo was telling me about this Italian door manufacturer— Oikos—and how they were interested in expanding business opportunities throughout the US,” Scott tells me. ““He asked me if I could get some architects together to attend a show Oikos was hosting outside Venice, and I took him up on that.”

That spring, Scott and Cori, and a group of their architect colleagues, made their first trip to Italy together, having the time of their lives, and sparking a new opportunity for the veteran team behind Franklin Window and Door. “Over the last two years, we’ve been learning about new manufacturers, visiting places throughout Europe, working to create a collection,” Scott explains. By about six months ago, Scott says the European collection had grown sufficiently to look for a new space to present them to central Indiana designers, and the team approached the Indiana Design Center. “We thought, what better way to present this European style to Indiana than to bring the collection to the Design Center?” And with that, Lorenzo Finestre was born. (Lorenzo from Lorenzo Bona, and Finestre from the Italian word for windows.) 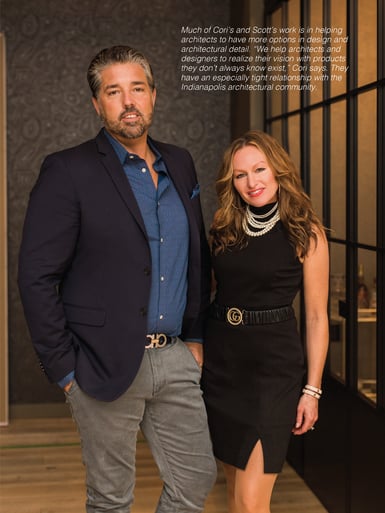 AN ABIDING LOVE FOR THE TRADE

Scott brings decades of experience in construction to Lorenzo Finestre. He landed his first construction job in carpentry at the age of 17 and had spent most of his working life as the owner of a remodeling company specializing in historic restoration, until the couple launched Franklin Window and Door in 2012. Cori’s previous life was as an RN, but her childhood predicted a life calling in a more creative field. “I was definitely more into design and fashion growing up,” she says, “but I came from a background where my entire family was in the medical profession. I wasn’t fully aware of the directions I could go, so I went to school and ended up in healthcare.” She relishes this second career with every ounce of her being. “I absolutely love what I do now,” she tells me. “I get to be creative every day, be a part of putting beautiful masterpieces together.” With Scott’s longevity in the field, I asked him if the pleasure had faded at all. “Not at all—I love what I do,” he says, emphatically.

As owners of Lorenzo Finestre, Scott and Cori Brown take great pride in vetting incredible designs from a number of European suppliers and making them available for the first time to the Indiana and surrounding markets. Among their most jaw-dropping pieces is the Oikos pivot door—the “Nova” and the “Synua”—and Lorenzo Finestre is the only place in the Midwest where this stately door is available. Cori explains, “Your typical door is hung on hinges, and all the door’s weight goes to those edges—so you usually max out at about 42 inches wide.” The Nova and Synua pivot doors, however, allow for a considerably grander scale. “With the Oikos door, all the weight rests on a pivot pin that can support 600 pounds,” she says. “As long as the foundation the door is on can hold it, you’re good!” I jumped at the chance to play pretend that the display model was mine and sent it swiveling smoothly shut with the lightest push. The Nova doors are airtight, watertight, and bulletproof, and the Synua doors even come with interchangeable “skins,” much like those we enjoy customizing our phones with. The Synua display model is clad in porcelain tile on the outside and a white glass on the inside. “We can do metals, woods, whatever the customer wants,” Cori says.

The door’s intricate locking mechanism can also be controlled via Wi-Fi. “You can program it from anywhere to open or lock it,” Cori explains. Another distinguishing feature of the Oikos door is that it is coplanar with the wall—that is, it blends in seamlessly, flush with the wall, ideal for hidden safe rooms. “You can completely hide the door,” Cori says, “and you use your thumbprint to enter.”

Hailing from a few degrees’ latitude north of Oikos’s Venetian headquarters, Lorenzo Finestre also offers highest-grade, solid steel-frame windows from the Netherlands. “These have the narrowest sight lines you’ll ever encounter,” Cori says. And the steel is thermally broken, meaning you’ll never worry that an assault of frigid, Indiana wind will find its way through. “Being that this Dutch company is over 300 years old—and working with the stringent European energy codes—they have a history of being energy efficient.” 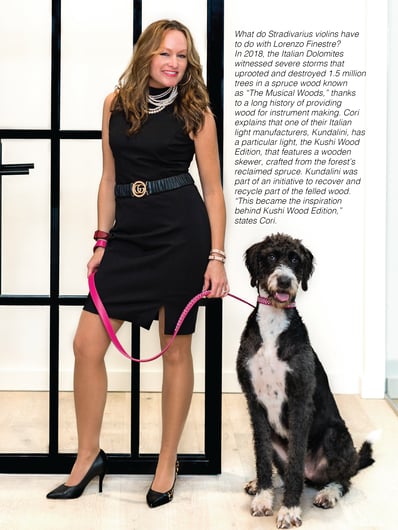 It’s a dream come true for Cori and Scott to offer their clients such an incredible and diverse line of European windows, doors and lighting. However, the time they have spent in Italy over the past two years, and the lessons they’ve learned from their new friends and colleagues, have changed the couple in ways that extend far beyond business. “We had never really traveled before,” Scott says, “and getting to meet people from around the world and learning the ins-and-outs of other cultures has really been fun for us.” Of course, the cultural immersion didn’t come without its foibles. One of the team’s first meetings in Italy was with an Oikos representative. “We knew his name was Mario, so we said, ‘Hello, Mario!’ and carried on,” Scott says. “Only later did our Italian teacher tell us that there’s an expected formality when you first meet someone. Americans tend to be informal, so that took some adjustment. We knew there was so much more to learn, and so we started asking more about what was acceptable in the Italian culture. We wanted to feel more like locals—to get entrenched in the culture.”

Part of that immersion and attention to creating a better cultural understanding came in the form of language lessons. Another part came in culinary form. Scott explains that prior to Italy, the couple and their teenage sons were mostly a meat-and-potatoes family. “Now it’s risotto or croque monsieur!” Cori finishes. “I’ve bought three Venetian cookbooks—and I refuse to buy store-brand olive oil anymore!”

Scott says they’ve cut out about 90% of processed foods since coming back from their travels. Their colleague Francesco (of Oikos) owns 300 olive oil trees in Calabria—and has invited them to visit for the harvest. Such are the perks. 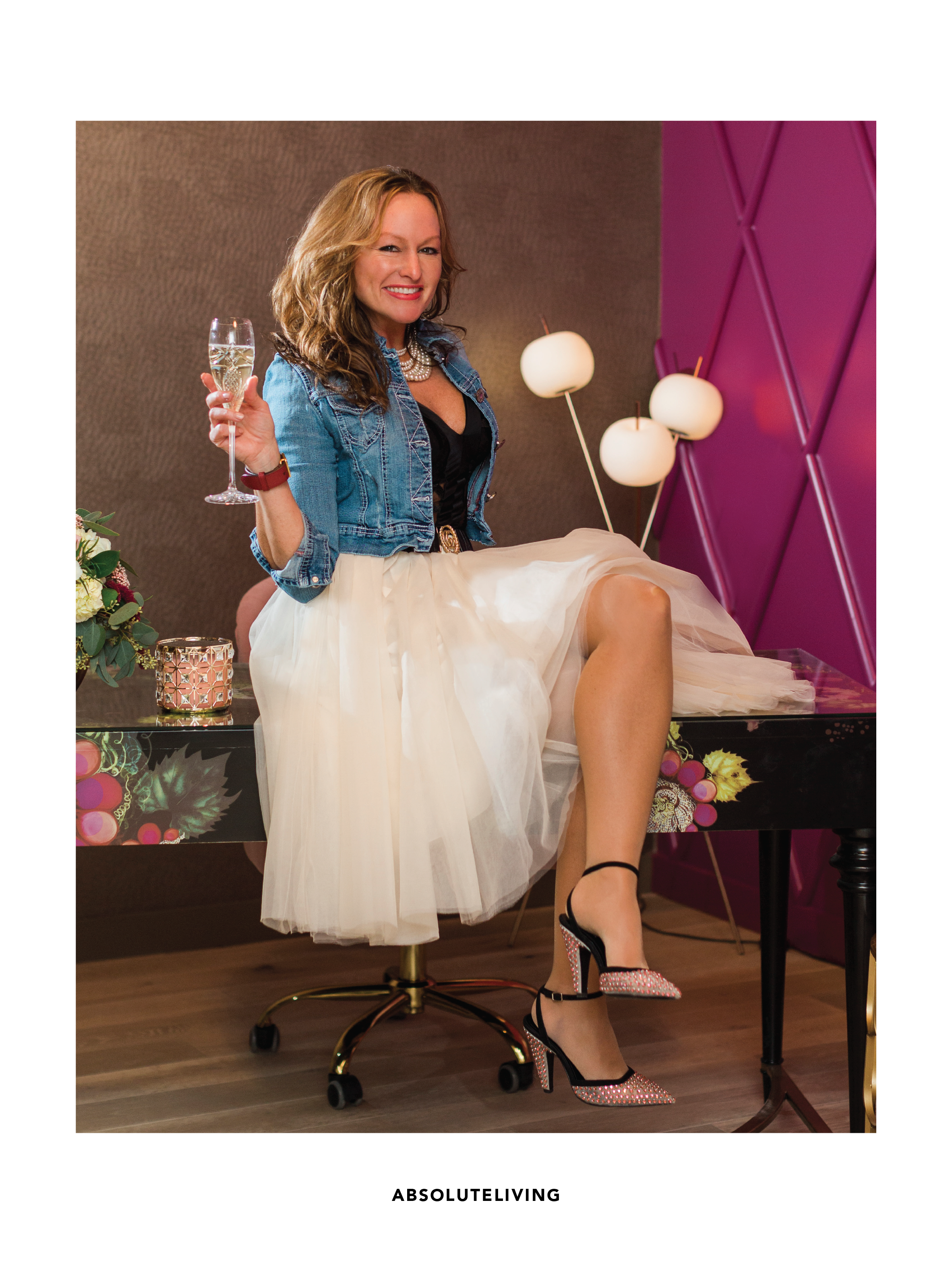 Additionally, Scott marvels at the craftsmanship of the Italians behind these magnificent lines of Oikos doors, at the pride these skilled craftsmen, many with advanced degrees in engineering, take in their work. “I mean, these guys in the factory are literally wearing lab coats while they’re working. The representative from Italy who came to Carmel to train us on installing these doors, watching him, it was like he was creating a sculpture. And the precise measurement is incredible. We stop at a 32nd of an inch, and they get down to fractions of millimeters.”

More than anything, Scott says that the couple’s exposure to the Italian way of life has given them an opportunity to look at themselves from a different angle. “We’ve tried to integrate some of what we’ve learned over there into our own lives,” he says. “It’s important to step back and realize there’s more important parts of life than just the day-to-day work.”

In reflecting on the couple’s meteoric rise in the design community over the past eight years, Scott comments on his own work philosophy. “I say all the time, I never see where we are—I just see a gap and where we could be,” he says. “With this new line, we want to bring our clients the products, but also that European experience. We want the experience with Lorenzo Finestre to bring our homeowners a little of that personalized European feel every time they use these products.”

Let us know what you think